Our designing proposal starts from the study of a residential unit that from the origin of the urban space, during the human history, has been able to answer to a great variety of cultures and climatic conditions. We are speaking about the courtyard house, focusing on its contemporary variant: the patio house.
This residential unit starts his critical spread out with the residential unit of the roman domus but several similar examples are present in a variety of cultural
background such as China, North Africa, and in different climatic environments: from the warmest mediterranean areas to the coldest areas of Mongolia and Andean America. Our concept is conceived from the orizontal and vertical aggregation of the patio units (genereting several residential variants), forming building organisms with a medium density. On a larger scale, each residential unit, that is itself a result of horizontal and vertical aggregations of a patio house, aggregates themselves to form an urban block. This block proposes the form of the climatic convenience of the courtyard house on an urban scale, creating an internal semi-public space open to different uses and functions and, in a certain extent, closed and protected to the chaos of the city. Increasing the scale, the block can be aggregated on a main route from which secondary ways will be set, both of urban level. Load bearing structures are conceived starting from an ideal reinforced concrete block that forms vertical and horizontal planes by removing material, closing spaces where the normal life of the human being could quietly takes place. Finally, our proposal intends to involve all the scales, trying to give an organic
answer to the demands that the contemporary city imposes. 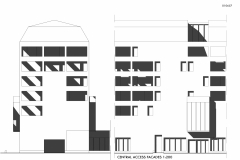 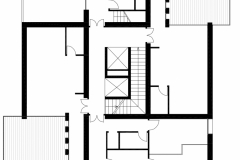 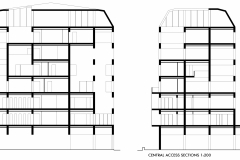 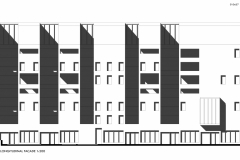 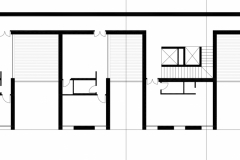 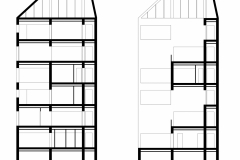 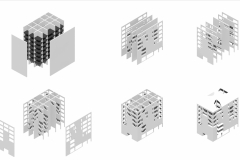 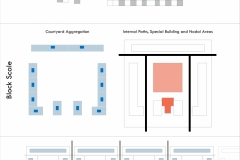 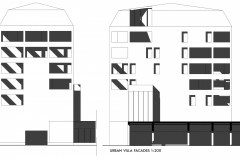 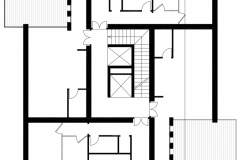 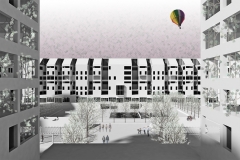 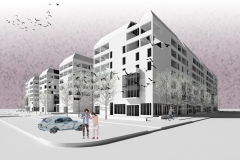 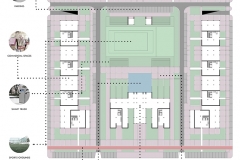 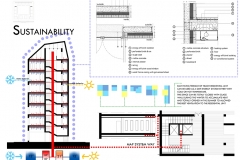